Kaouther Ben Amor is known for the theatrical dimension she gives to her expressive interpretations and original choreographies. International master teacher and dancer artist, her glamorous style become synonymous of elegance and emotion conquering the heart of the audience.

Tunisian born, Kaouther grew up in Paris and started her career with Mayodi’s Ballet el Noujoum with whom she worked for many years before deciding to become a soloist artist. Aiming at perfecting her style she mastered herself especially with names as Yousry Sharif, Raqia Hassan,Dina, Randa Kamel and many others.

Cinema wants her too! Rachid Bouchared trusted her to create the choreography of the oriental ballet in his latest film “Outside the Law” (Cannes Film Festival 2010 Official Competition ).

It is upon Raqia Hassan’s request who always focused on her evolution, that Kaouther joined the 2011 edition of the prestigious International Festival Ahlan Wa Sahlan as Artist Performer and Teacher, invitation renewed for 2012 and 2013.

Her name and reputation are now crossing the overseas by being invited both for workshops and shows. Kaouther shares her exclusive style and her knowledge for Egyptian culture and captivates students eager to practice Belly dance as an ancestral Art. 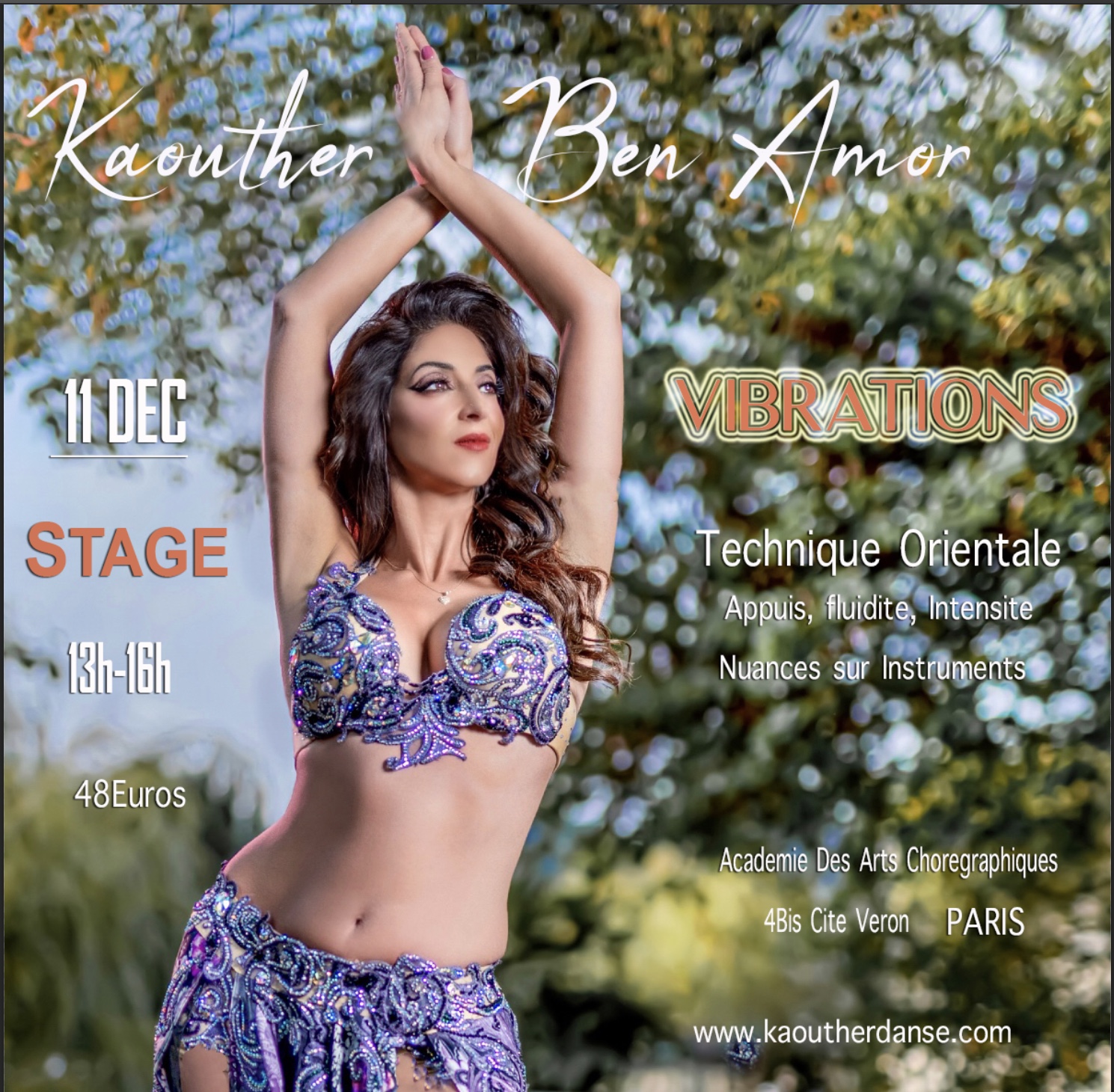